Stafford House sits in "The Hall of Fame!"

The 10th of September 2019 brings us a new award from Tripadvisor.  As we have achieved their "Certificate of Excellence" award for tha last 6 years in succession, we have been promoted to their

On  10th September 2019 we can now announce that we have our 6th "Certificate of Excellence from Tripadvisor.

On 15th October 2018, "HotelsCombined" presented us for the 2nd time in succession, the "Recognition of Excellence" award.

This award is for constantly achieving the highest standards for Customer Satisfaction, so we are now representing the top 3% for accommodation Worldwide!

The "American" based company found and processed 220 opinions/reviews that our Guests have been kind enough to post on various websites, forums and Social Media, resulting in an incredible 10 out of 10 score.  Not bad for a small B&B!

We are proud to announce that on 26th July 2017, we received the "Loved by Guests Exceptional 5.0 out of 5 Gold Award" from Hotels.com.

This is based on reviews that our Guests have been kind enough to make public regarding their time with us.

At Last, We Win The Garden in Bloom For The Second Time! 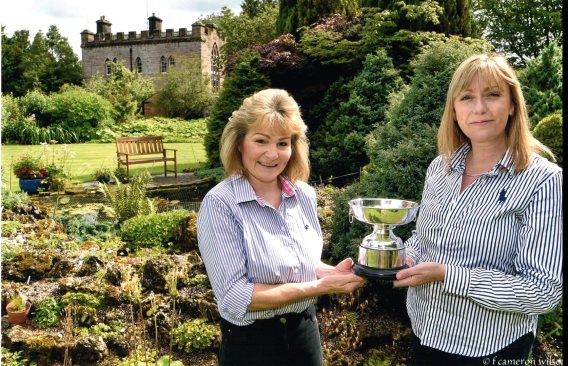 On 3rd August 2017 we won the Greystoke & District Parish "Garden in Bloom" for the second time.  We were begining to think that all our efforts just wern't enough anymore!

So now the "Rose Bowl" sits proudly in the Breakfast Room for all to see once more.

2015 and 2016 didn't pan out like we were hoping, so that meant lots of changes, also lots of lifting and dividing!

Winning in 2013, meant that in 2014 we were exemt from taking part, so the "Rose Bowl" was returned to the Judges to be awarded to another eyecatching garden. 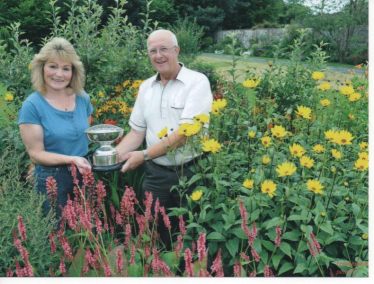 2013 Stafford House was judged to have the best garden in Greystoke and District Parish., and we were presented with a "Rose Bowl" which was ours to hold for the forthcoming year.

Since 2011 when we were first entered into the awards and came 2nd, the results have been as follows:- 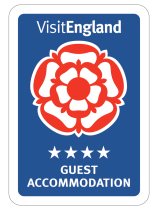 Our first award came in 2008 (the year Stafford House Bed & Breakfast first opened for business).  We thought it would be a good idea to join a noted and easily recognisable name in the Tourist Industry, so an application was made with the "Quality in Tourism and Visit England" scheme.

Our aim was to hopefully achieve one of their prestigious "Star Ratings" and their reaction was to award us with a "4 Star" Recognition.

Since then we have continued to keep the "4 Star" Rating each year, it's now been continuous for 9 years! 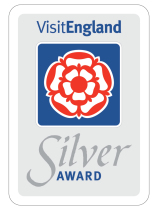 Our second award from the "Quality in Tourism and Visit England" scheme" came in December 2010, when we achieved the "Silver Award" for the high quality of accommodation we offer at Stafford House.

We have also maintained this award every year since then. 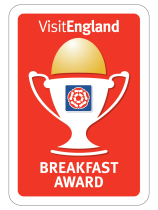 In September 2014 we added the prestigeous Visit England "Breakfast Award".  Some of our guests say "It keeps them going all day!!"

All of our produce is sourced locally, from the Free Range Eggs just a few miles up the road, to all of our meat products which we purchase from the award winning "Cranston's Butchers" in Penrith.

A great start to 2017 when on 10th January we received our 3rd Award from LateRooms.com.

We have again been honoured with a "Top Rated" certificate.

Thank you to everyone who have been kind enough to write a review regarding their stay with us. 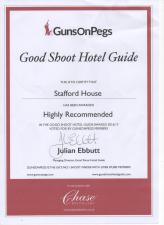 Saturday 28th January 2017, and we've just received through the post a

We have been nominated as a 'Good Shoot Hotel' by members of GunsOnPegs, which is the largest online shooting community in the UK with 87,000+ members! 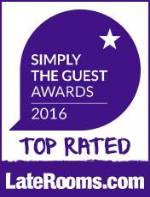 Yet another accolade from LateRooms.com for 2016.  The main awards will be announced in March of this year, but we don't expect anything more.  We just do what we do and hope that our Guests enjoy their time with us. 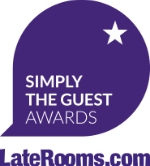 On the 14th January 2015, we were amazingly awarded the best "Small Hotel" by the Online Booking company "LateRooms.com"  There was a total of 23 categories, and celebrity "Alex Brooker" hosted them live on the internet from the Savoy Hotel in London.

It had been judged purely on the reviews that guests had been kind enough to submit after their stay with us.  We had 27 reviews placed on the "LateRooms.com" site and consistently scored 5 out of 5 accross the board. Also 100% of our guests said they would reccommend us to a friend

It came as quite a shock, as we are only a Bed & Breakfast - not a Hotel!

We contacted all of our guests who had left a review, just to let them know that we had won this fantastic award, and also to thank them - because we wouldn't have done it without them!

We were featured in "The News & Star on Thusday 15th January, and again in the "Cumberland & Westmorland Herald" on Saturday 18th January 2015!

Again it is based on reviews and ratings, kindly submitted by our Guests who felt they should share their Stafford House experience with everyone else!

On 24th October 2016, Stafford House was awarded the "Loved by Guests Gold Award" from Hotels.com.

This is purely down to our Guests who have been kind enough to take time out of teir busy schedules to give us fantastic Ratings, and exceptional Guest Reviews which show our outstanding dedication and service

So we would just like to say "Thank You" so much and we ill look forward to having you stay with us again in the future.

In May 2015 Hotels.com awarded us with our first certificate of recognition.  This again is all down to our Guests who have given us exceptional ratings and reviews.

With the "Utmost Safety" of our Customers in mind, we are taking every precaution we can along with any "Updated Guidelines" from the Government as to how to keep Stafford Hpuse open for Business safely.

We invested in a "Fogging Machine" which along with the solution used has been certified to kill ALL Bacterial and Viral Infections, should there be any present.

We also meticulously clean and sanitise all areas which could have been touched either by ourselves or our Guests, and finishing with a Steam Cleaner so that we can be sure that everything is safe.

There are Hand Sanitisers in the Rooms as well as the Lodges, and we also wear Face Masks and Gloves too.

We will look forward to welcoming you to Stafford House in the very near future.