Shots in and around the Garden 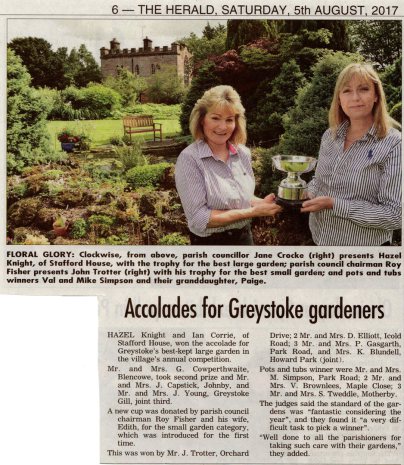 We did it again!!  Just when we thought it was never going to happen we won "The Best Kept Garden" in Greystoke and Distric Parish for the 2nd time!!

Apparantly, if you manage a 3rd time, you get to keep the Rosebowl for ever! 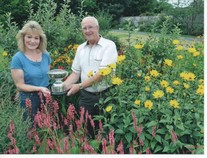 2013 was a fantastic year for the garden, as we judged to have "The Best Kept Garden" in Greystoke and District Parish.

In both 2010 and 2011 we were placed 2nd in the annual "Greysoke Village in Bloom" competition, however this year (2013) we  managed to go one better! We get to hold and display the prestigeous "Rose Bowl" for one year before handing it back for July 2014 and then being excluded from the 2014 event - don't worry it's normal practice, but we are told that we get a small rosebowl replica to keep.

Apparantly we were entered inthe "Business Section" of Cumbria in Bloom by one of the garden judges, but nothing came of that one - but who knows what will happen in 2014 and we'll keep our fingers crossed!

Here are some of the photos from around the garden.