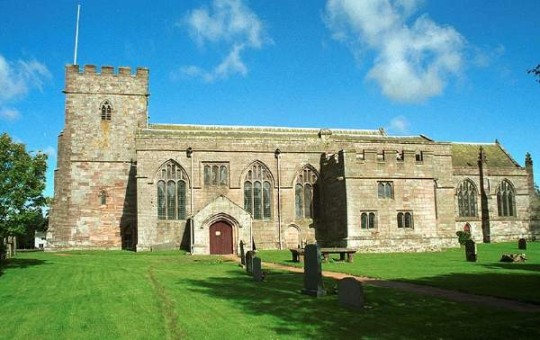 There has been a Church in Greystoke since 1255. The Church at that time was richly endowed. The nobility took a personal interest in their Parish Church, and the 14th Baron Greystoke, who built the first Greystoke Castle, and whose grave is in the chancel, was keen to add chantries, where masses for the dead would be held. Three were built on each side of the nave, with painted oak screens. At the Reformation, the oak screens were removed, leaving a very large nave. The tower was used by villagers seeking refuge from marauding Scots (as a pele tower).

Various items in the Church remain from the Medieval Church. The rood beam bridging the chancel arch is oldest item in the Church, and carries floral emblems representing the wounds of Christ.

The ancient choir stalls in the chancel have some well preserved misericords (carved shelf underneath the seat).

Some of these are good examples of Christian symbolism – the pelican who feeds her young on her own blood; the unicorm surrendering to the Virgin; St Michael and the Dragon. A board gives information about each of the carvings.

Surviving piscinas where the communion vessels were washed, mark the sites of the chantries. The sedilia (three seats set in the South wall) in the sanctuary is where the Priests sat at High Mass. Close by the vestry door stands an ancient oak table (14th Century) from the refectory.

As part of the national bell ringing Millennium appeal, three 15th Century bells were incorporated into a new ring of six bells.

The great East window is a fine collection of Medieval glass. The glass was removed as Cromwell approached, and buried. It was restored in 1848, with the restorers having difficulty putting it all back where it came from. The window is famous for the red devil beneath the feet of a bishop. An information board gives details on all the panels of the window.

There is much other ancient glass in the Church, and also much Victorian glass, the most valuable of which is the Resurrection window in the North wall by the organ. This is byCharles Kempe with his trademark, the small wheat sheaf, in the bottom left corner. 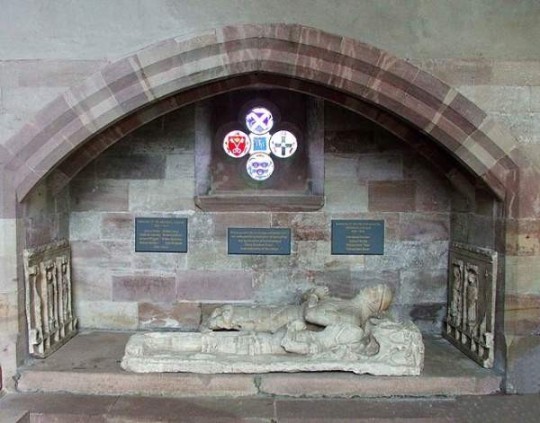 There is a modern sculpture of the Maddonna and Child on the South wall, carved by two German prisoners of war who were stationed at Carlisle at the end of the 2nd World War. It was carved with a penknife from a lump of holly root.

There is also a modern sculpture of the crucified Christ, on the West wall, looking out of the window into the future. It is by the internationally renowned Lake District sculptress Josefina de Vasconcellos.

With the "Utmost Safety" of our Customers in mind, we are awaiting to hear the "Updated Guidelines" from the Government as to when we are able to safely re-open.

Therefore please be aware that we can only accept new bookings from 4th July 2020.

Thank you for your patience, and we will look forward to welcoming you to Stafford House in the not too distant future.