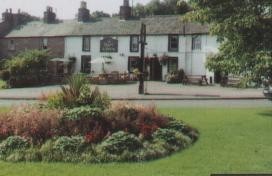 Greystoke is situated on the fringe of the Lakes and surrounded by panoramic views, it is also only a stone throw away from the Lake District National Park.  The village still retains its village green and ancient market cross that dates back at least to the early 1600's.

Clustered around the green there are 17th century stone houses and cottages decorated with slate roofs and cobbled forecourts. A school dates to 1838, and the pub looks over the green.

The Boot and Shoe is a 17th Century Coaching Inn, and it's 500 year old name apparantly comes from a former Duke of Norfolk who at the time lived in Greystoke Castle.  Rhumour has it that to ease the pain of Gout, he used to wear a Boot on one foot and a Shoe on the other!

The Boot and Shoe is a traditional family owned village pub, and Ben and Jan Mandale the pub's Landlord and Landlady have a lot to offer, good food, drink, comfortable accommodation and friendly hospitality.

It's the social hub of the village with quiz nights, jam sessions and live music every Sunday afternoon.  Another feat that they have managed to organise and pull off successfully is the Rock Concerts in St Andrew'S Church! - yes you read it right - Rock Concerts in the local Church! 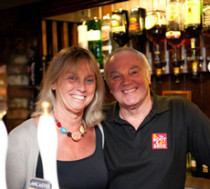 We provide a friendly welcoming service with traditional homemade food and locally produced real ale as well as a wide selection of wines and spirits.

The pub is an old coach house steeped in history and we are located in the centre of Greystoke on the village green.

Ideally located on the coast to coast cycle route, why not book a room while on route or perhaps you wish to visit the home of Tarzan or visit the Gordon Richards stables.

Whatever your desires call into The Boot and Shoe and relax with a drink and some delicious homemade food.

Relax with a drink around the charming country bar or enjoy a homemade bar meal by the roaring log fire. We stock a wide The Boot and Shoe Bar range of drinks including local real ale and a large selection of wines and spirits. 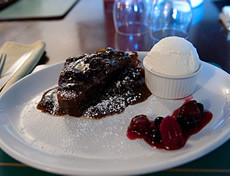 With the "Utmost Safety" of our Customers in mind, we are awaiting to hear the "Updated Guidelines" from the Government as to when we are able to safely re-open.

Therefore please be aware that we can only accept new bookings from 4th July 2020.

Thank you for your patience, and we will look forward to welcoming you to Stafford House in the not too distant future.