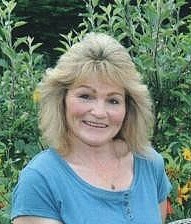 I've lived in Greystoke all my life, and feel priveledged to have done so.  When I arrived we lived at Home Farm where my Dad (Frederick Scott) was Farm Manager on the Greystoke Estate owned by the Howard Family who also own Gresytoke Castle.

Originally Stafford House was used as accommodation for emplyees working on Greystoke Estate, then when the last chap (Esme Hayton) and his wife Ann moved out it lay empty for quite a number of years before coming up for sale.

My Dad had the idea of buying it to make into a Holiday Cottage, but shortly after my Brother decided he would take it over and managed to get it re-wired, centrally heated and damp coursed before deciding to move on.

I moved in on 8th March 1986, when there was still lots to do.  The new doors and windows that were needed came a few years later but it needed completely re-decorating and carpeting right through.  Yes odd bits were done as and when money allowed but it was a slow process.

It wasn't until a change in circumstance that the real work started, in order to have it ready for my first paying Guests who arrived at the end of April 2008, and from then it has gone from strength tp strength each year, and with the arrival of yet another year here's hoping it will succeed the last! 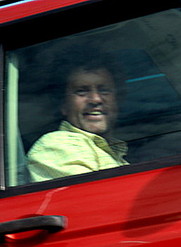 Ian moved in 3 years ago in January 2011, and since then has developed and re-developed areas of the garden that are an asset to his abilities.  But, as you can imagine there is always something that needs doing in a garden of tis size, well any garden really, so he's always wanting to try new things.

He trained in Horticulture at the Chelsea Physic Garden down in London, before being "Head Hunted" by Lord and Lady Cavendish at Holker Hall near Cartmel for 2 years.  He then moved onto "Hutton in the Forrest" as Head Gardner for Lord and Lady Inglewood about 4 miles up the road.

Having heard that Ian was in the "Gardening Fraternity" I thought it might be a good idea to ask if he would mind popping round to give me some advice on the garden, as I knew the type of thing I wanted but hadn't a clue how to go about it! 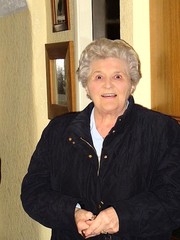 This is my Mum, and she's done her best to bring me up, though thick and thin!! I'm sure sometimes she must despair and wondered where she really went wrong!

When we are busy she helps me out with a bit of washing up then looks after the ironing duties, which in itself can be an all day chore when we are full. 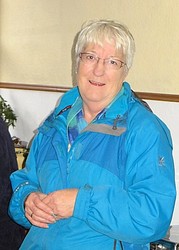 We all know her as "Aunty Chris" as she has been a part of my life right from the begining! Luckily for me she only lives in the next village along - Blencowe, so it's not too far for her to pop across to help me out.

Christine helps me to prepare and then serve the Breakfasts while I'm still in the kitchen.  Then when everyone has either left for the day or leaving because they were here only for one night we start the process of stripping down the beds and remaking them along with all the other things that need to be cleaned and checked before the next Guests arrive. 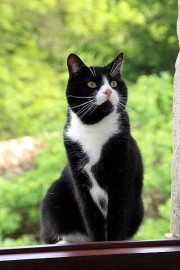 "Cargo" is our resident pest control officer, not that he gets much to do!

I rescued him from Wetheral Animal Refuge Centre near Carlisle, as an 8 week old kitten in December 2008, so he is now nearly 8 years old and very much his own person, and law unto himself!

We wern't sure what he would make of "Oscar" when he arrived, but as he was very young he just seemed to take him under his wing, and the rest, well, is history. 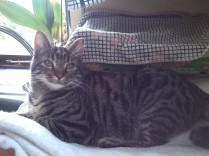 "Oscar" is our newest recruit to the pest control department!

In early August 2014, a little kitten who was barely 5 weeks old when he found, had been abandoned/dumped in a garden near Penrith along with another 3 kittens which were more than likely his Sisters and Brother who I'm glad to say also found loving homes.

Now, I wouldn't change him for anything, he's the instigator of practically every battle, but Cargo soon put's Oscar in his place before smoothing things over with a friendly lick round his ears! 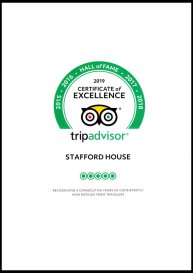