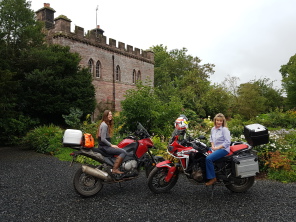 On Monday 11th September 2017, Dave Ascough and Daren Cox set off on their intrepid 2000 mile journey to visit 17 "Air Ambulance Bases and HQ's" in order to raise awareness for this amazing charity.

Even today the "Air Ambulance" does not receive any Government Funding, it relies totaly on donations kindly given by the public!

The Bikes "an Africa Twin and a Cross Tourer" were supplied by Honda UK, and RST helped out with Motorcycle Clothing.

Their jorney started in the rain at the North West Air Ambulance, and the weather for the week was not due to get any better as "Storm Aileen" was looming!

Please help these guys to raise even more awareness, and don't forget, every donation however small makes a Big Difference - It Saves Lives! 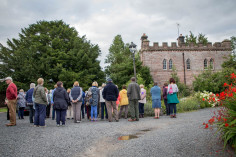 Perhaps it could be the first of many? 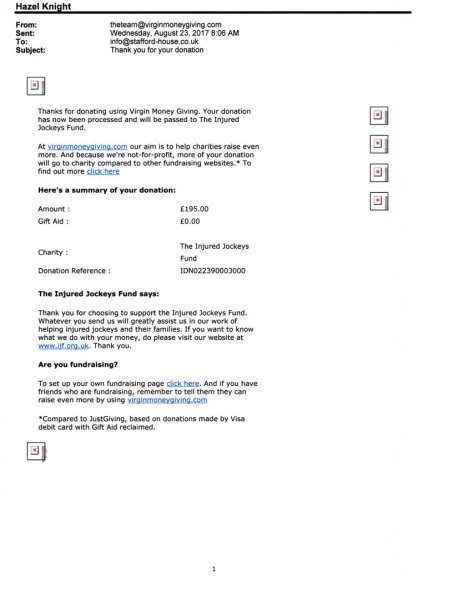 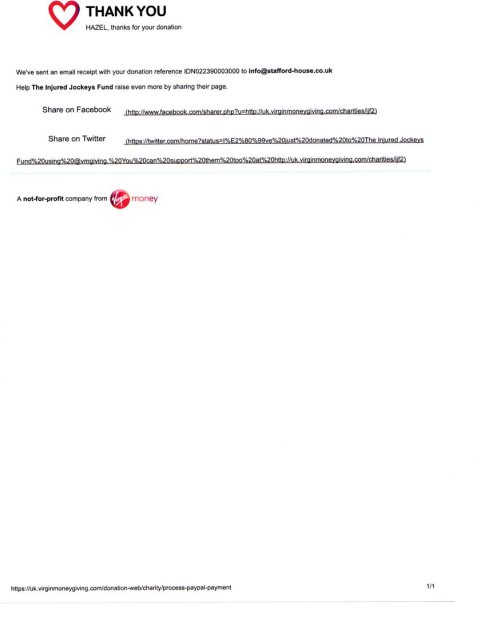 We are proud to announce that on 26th July 2017, we received the "Loved by Guests Exceptional 5.0 out of 5" Gold Award from Hotels.com.

Based purely on reviews kindly left by our Guests who enjoyed their time with us so much they had to tell everyone else! 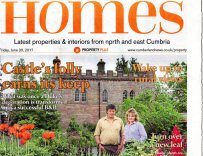 On 30th June 2017, we appeared on the front cover of the "Homes" section in theCumberland News!

It follows the August 2015 edition of the popular magazine "Cumbria Life" where we had quite a spread.

Featured in the "Cumbria Life" Magazine

Stafford House and it's interior were lucky enough to feature in the August 2015 edition of the "Cumbria Life" magazine, along with a little peek at the Gardens.

So we were both surprised and delighted when we were asked if this time they could focus more on the Gardens at Stafford House - so of course "yes" was the answer!

We are delighted to announce that we have just received another award.  This time highlighting our achievement of a "Stellar Stays"Award from HotelsCombined.

Click here to view our Awards page and more information about Stellar Stays and their award.

On a glittering and at times emotional night at the 2016 Retraining of Racehorses (RoR) Awards, the evening’s most prestigious title, RoR Horse of the Year, was awarded to the popular grey Monet’s Garden.

Held at The Jockey Club Rooms in Newmarket and hosted by RoR Patron Clare Balding and Luke Harvey, eleven awards were given on the night.

The awards celebrate the versatility and adaptability of former racehorses with trophies and total prize money of £17,500 going to the year’s elite champions in dressage, endurance, eventing, polo, showing and showjumping.

This year there were also special recognition awards to mark the achievements of Rio 2016 star, Summon Up The Blood, and the members of the Great Britain Horseball team who had competed at the 2016 Horseball World Cup on former racehorses. Trainer Nicky Henderson was also present to see an award given to Jack The Giant, the horse he formerly trained and which since retiring from racing has become a champion in the show-ring.On a glittering and at times emotional night at the 2016 Retraining of Racehorses (RoR) Awards, the evening’s most prestigious title, RoR Horse of the Year, was awarded to the popular grey Monet’s Garden.

Click here for more information about the RoR Awards 2016